Home » Events » Ensuring a Flourishing Research Base in Scotland

Ensuring a Flourishing Research Base in Scotland

What are the challenges and opportunities for Scotland’s research base in the current funding and political climate?

The panel discussion examined the key challenges and opportunities facing the Scottish research base both from a UK-wide and devolved perspective, across a range of issues including funding, its allocation and the connectivity between UK and Scottish research policy and priorities.

Highlights of the discussion include communicating the impact of our research to the rest of the world; making the UK attractive for research and development (R&D) businesses; the case for public funding of R&D and the influence of Brexit.

The following is a report from James Tooze, CaSE Policy Officer; on the joint panel event between CaSE and the RSE, examining the challenges and opportunities facing the Scottish research base:

Last month we were delighted to hold a joint event with the Royal Society of Edinburgh, reflecting on the key challenges and opportunities for the Scottish research base from both a UK-wide and Scottish perspective.

CaSE Executive Director Dr Sarah Main opened the evening by outlining the scale of change that is afoot for the research base in the UK and that it must rise to the challenge. The balance of research and innovation funding and the future of international collaborations are relationships that are set to change, and CaSE was delighted to be part of the evening’s discussion.

In her opening remarks, Dame Anne highlighted the challenge that Scotland faces in communicating its research excellence to the public and to the world. Scotland’s economy can play a key role in enhancing global wellbeing and needs to take advantage of its research excellence and construct itself as a world-leader in such areas as clinical patient data. Dr Fancey said that it is imperative that Scottish Higher Education is valued and appreciated in its role in research excellence and ultimately helping to improve lives. In an increasingly competitive international market, and the changing face of the UK funding landscape, Scotland must take the opportunity to harness change to make a better Scotland.

Professor Reid said that the UK has built itself as a strong scientific nation even with modest public investment in R&D and has been very successful in attracting R&D investment from overseas. Looking to the future and the lens of the UK Government’s pledge to increase R&D investment in the UK, there would need to be a 50%-70% increase in R&D funding to meet those goals. In the changing landscape in the wake of Brexit and the formation of UKRI, it is not clear that the previous optimisation of the UK research funding landscape will be maintained and could provide the opportunity to create new winners for brave organisations. Dr Marsh continued by saying that the UK Government’s R&D target is an input target designed to improve the economic development of the UK economy and UKRI is using this in making the case for increased R&D investment. He also said that UKRI maintain a strong focus on improving the UK’s capacity for research, supporting infrastructure and ensuring the UK has a thriving skills pipeline.

Dr Widdowfield asked the panel to talk about how to make the best case for public investment in R&D within the agenda of inclusive growth and the current thinking of the government. Professor Reid said that the UK R&D target will not be met without showing how R&D is valuable for the taxpayer. He said that currently there is not significant cross-Governmental buy-in to the R&D target as it is often seen as the responsibility for BEIS and UKRI, but needs commitments from Home Office, DfE, DIT, HM Treasury and others. Dr Marsh said that HM Treasury looks at the economics and returns on investment, which means the most effective case is one that is made with clear examples of the degree and breadth of research impact. Dame Anne suggested that Scotland could take advantage of being a discrete nation to support the research environment in ways that the UK Government may not. She said that Scotland could foster novel relationships to drive inward investment.

The discussion then moved on to how the UK can be an attractive place to build and grow R&D-intensive businesses. Dr Marsh indicated that a two-handed approach was required in order to support SMEs in scaling up and enhancing the capabilities of larger companies. He felt that partnerships between SMEs and academia would improve the outcomes of these businesses, which UKRI would be able to support. Dr Fancey built on this point, saying that higher and further education institutions can play a role in supporting different kinds of businesses across Scotland. Dame Anne said that Scotland could learn from other countries in capturing the benefits of start-ups in the UK that are lost abroad before they reach true value. She pointed to tax regimes in Denmark that incentivise businesses to stay and therefore continue to invest in the country.

When asked about making the case for public funding for R&D, Dr Marsh underlined the importance of presenting clear and accessible stories about the benefits of R&D that trigger the hearts and minds of the public and politicians. He felt it is the role for the whole of the research and innovation community to tell these stories, and that persuading those who aren’t bought in will require telling stories that people can get excited about. Professor Reid said that the ability to tell a compelling story with a strong narrative has so far been undervalued by the research community and should be nurtured to support the case for public investment in research.

On the topic of research policy and devolution, Dame Anne said it was crucial that Scottish and other devolved actors were present at decision-making tables in Westminster. Professor Reid said that involving the UK government in dialogue about new research policy decisions made in devolved nations would also help with the alignment of priorities across the UK. Dr Marsh said that it would be important to have devolved representation on UK Research Councils, to effectively share evidence and priorities. Dr Fancey said he was excited about the possibilities of the future relationship between the Scottish Funding Council and UKRI and work is underway to ensure this relationship can be as fruitful as possible.

The discussion was then opened up to the audience, and the debate flowed from finding better mechanisms to pick up and support good ideas, fostering more relationships between private sector to create more partnerships and ensuring that a future immigration system can support the needs of research and innovation in Scotland. Closing the evening, Dr Main said that in order to increase R&D investment in the UK and reach the UK Government target, political will and patronage will be required. She said that the whole of the UK must create policies to support the research environment from all sides. 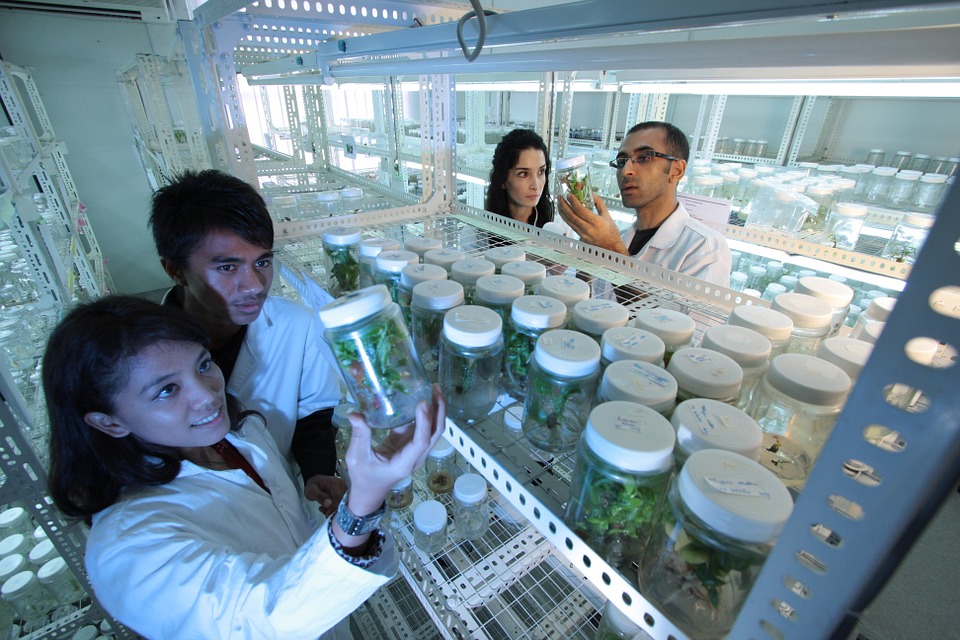 The Royal Society of Edinburgh

The UK academies are calling for the immediate halt to the execution of Dr Ahmadreza Djalali
The RSE Post-Covid-19 Futures Commission: Reimagining Scotland
Winter closure of the RSE building
Manage Cookie Consent
We use cookies to optimise our website and our service.
Manage options Manage services Manage vendors Read more about these purposes
Preferences
{title} {title} {title}