Home » Resources » Video » Jihad and the surge in Iraq

Jihad and the surge in Iraq

Perspectives on the Arab World gives the interested public an insight into this troubled and complex region through a series of high-profile lectures. The lectures will be delivered by eminent experts from academia and the military. Each speaker will focus on a different aspect of Arab history, culture, religion or politics, introducing listeners to the most important new ideas in their field. The series is jointly organised by the Royal Society of Edinburgh (RSE) and the Centre for the Advanced Study of the Arab World (CASAW), an Edinburgh-led collaboration between the Universities of Edinburgh, Durham and Manchester. 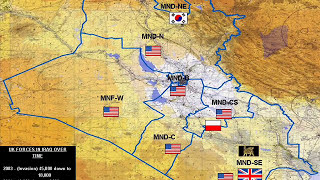