One of the most important peacetime issues facing the United Kingdom was decided in the Referendum on Scottish Independence on 18 September 2014. The decision reached by the people of Scotland was also of vital importance to the other nations of the United Kingdom.

Because of the significance of the Referendum and its outcome, the Royal Society of Edinburgh and the British Academy commissioned a series of events to examine the key questions and issues that surround the complex question of Scotland’s constitutional future.

The series of events began in early 2012 with discussion seminars in London and Edinburgh, in which a range of academic and policy experts scoped out the issues facing Scotland and the UK, including looking at evidence from other countries where major constitutional change has taken place.

The series of events culminated in an event on 8 April 2014 to launch a book bringing together the discussions that have taken place throughout. The book will serve as a historical record of the Society’s contribution to a very significant period in Scottish history. 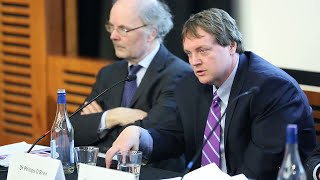 2021 International Highlights
The UK academies are calling for the immediate halt to the execution of Dr Ahmadreza Djalali
The RSE Post-Covid-19 Futures Commission: Reimagining Scotland
Manage Cookie Consent
We use cookies to optimise our website and our service.
Manage options Manage services Manage vendors Read more about these purposes
Preferences
{title} {title} {title}