The joint Royal Society of Edinburgh and Royal Meteorological Society conference was chaired by David Warrilow OBE, Vice President, Royal Meteorological Society, who described the COP (Conference of the Parties) process and the scale of the negotiations taking place in Glasgow in November 2021. He reminded us that COP meetings maintain international collaboration in policy development, underpinned by the evidence from the Intergovernmental Panel on Climate Change (IPCC) scientific assessments. Since it was created by the United Nations in 1988, the IPCC has produced scientific assessments on climate change every 6-7 years, forming the evidence base for policy development to reduce global emissions of greenhouse gases.

The annual COP meetings produce important international protocols, such as Kyoto in 1997, which set reduction targets for developed countries and the Paris 2015 agreement, in which countries agreed to cut greenhouse gas emissions with a view to ‘holding the increase in the global average temperature to well below 2°C above pre-industrial levels and pursuing efforts to limit the temperature increase to 1.5°C above pre-industrial levels’. However, not all COP meetings achieve major policy targets.

The UK has the COP Presidency this year and the ambitious goals of COP26 in Glasgow are to:

Mobilise finance, with developed countries needing to make good on their promise to mobilise at least $100bn in climate finance per year by 2020.

Human Influence on Climate: From Global Warming to Extreme Events

Drawing on the IPCC’s Sixth Assessment report published this year, Gabi reminded us that global CO2 concentrations were almost 420 PPM this year (150ppm above 1850 values) and still increasing. Global average temperatures are 1°C above the pre-industrial period, glaciers are retreating and the contribution of humanity to the changing climate is now unequivocal. Addressing the question as to how much of the 1°C increase is due to humans, at least 90% of the increase is a result of human activity. The impact of climate change can be demonstrated, for example, in the tropics, where wet regions are becoming wetter, and dry regions are becoming drier. The IPCC expect extreme weather events to become more frequent. The extreme rainfall that led to severe flooding in Western Europe in the summer of 2021 has been linked to human-induced climate change. In terms of the future trajectory, a low-emissions scenario would lead to temperatures increasing by 1.5°C above pre-industrial levels, while a high-emissions scenario could lead to an increase of 5°C. Potential tipping points were described but remain a research focus rather than providing projections with known probabilities.

Nature based solutions on land

Pete’s presentation focussed on what we can do to mitigate climate change on land. Even with extensive net-zero policies, there will still be a need to produce food, and agriculture is a significant source of Greenhouse Gases (GHG’s), and a large contributor to UK methane and nitrous oxide emissions. Methods to remove CO2 from the atmosphere will therefore be important for the delivery of net-zero. Options to remove CO2 from the air include both natural and technological methods.

Technological methods include ‘Direct Air Capture’, where CO2  is removed from ambient air and stored underground, and ‘Accelerated Weathering’ where natural minerals react with CO2  and bind them in new minerals. However, these technological methods are more expensive than their natural counterparts.

Nature-based solutions for removing CO2 include planting native trees and better management of woodlands, use of biochar (where partly burnt biomass is added to soil to absorb additional CO2), and restoration of peatlands (raising the water table sufficiently to prevent oxidation of the peat). The latter is especially effective in Scotland where extensive tracts of peatland have been degraded (~80%), including being partly drained in the past to enable tree planting (mainly with non-native conifers), but the practice has in many areas led to huge soil carbon loss as the water table drops. Restoring degraded peatlands would be hugely beneficial in ‘locking-up’ carbon, and reducing CO2  emissions.

Changing oceans in a changing climate

The North Atlantic circulation is an important part of the global climate system as very large quantities of water and heat are transported from the tropics to polar regions through this circulation. Atlantic Meridional Overturning Circulation (AMOC) is a large system of ocean currents, driven by differences in temperature and salt content – the water’s density. As warm water flows northwards it cools and some evaporation occurs, which increases the concentration of salt. Low temperature and a high salt content increase the density of the water, which then sinks deep into the ocean. The cold, dense water slowly returns south, several kilometres below the surface. Eventually, it gets pulled back to the surface and warms in a process called “upwelling” and the circulation is complete.

The North Atlantic is warming more slowly than the global average. There is also a ‘cold blob’ in the North Atlantic, a substantial area of the ocean that appears to be cooling. Over the last 200 years, there have been warm and cool phases.

The AMOC carries around 20 million cubic meters per second, around 100 times the flow of the Amazon.

AMOC proxies are reasonable until the last two decades, and they suggest the strength of AMOC has been weakening since 1900.

Neil described the modelling which suggests AMOC will weaken over the next century, although the physical processes responsible for the weakening are unclear.

Storms, floods and Heatwaves: Extreme Weather in a Warming World

Michael explained the physics underpinning the relationship between the water vapour content of air and temperature. The 1°C increase in temperature since pre-industrial times would be expected to increase water vapour pressure by 6% and therefore more rain in Scotland can be expected as the climate warms, as a warmer atmosphere holds more water vapour. However, the situation in the tropics is more uncertain due to uncertainties in aspects of rain-storm dynamics.

A warmer climate increases the probability of higher peak temperatures, with very hot days and very wet days becoming more frequent as the climate warms, challenging infrastructure and societies. Temperature records being shattered worldwide (49.6°C being recorded in Lytton, British Columbia, Canada on 29 June 2021; a new national record) support the idea that climate change is amplified on the hottest days.

Surprisingly, Michael also explained the possibilities of warmer climates producing colder extremes from slowing the jet stream and it becoming ‘wavier’, as cold weather systems linger for longer, creating the potential for more severe cold spells. This is an area that is attracting a lot of research attention.

Perspectives from Social Studies of Energy and Climate Change

Jan emphasised the key role of social sciences in climate change. Delivering net-zero depends greatly on social attitudes and acceptance of the need to change behaviours. She drew attention to the complex relationships between governments, markets and civil society, and how these are crucially important in driving change.

Jan highlighted some interesting civil society developments focused on decarbonising energy in European cities, including comparisons between Hamburg and Glasgow, and the way in which different forms of city governance can influence what is possible.

In 2013, Hamburg citizens voted by 50.9% in favour of a citizens’ initiative to return the city’s electricity, gas and heat networks to public ownership to put climate protection and public health ahead of industry-driven profits. She compared Hamburg with Glasgow, wherein the case of the latter, energy supplies are not in the control of Glasgow City Council, so pressure from local citizens would not be effective in driving change. For Glasgow, energy is supplied through a centralised and liberalised market system, and there are a lack of decision-making levers and capacity for local ownership of energy. Jan also pointed to differences in German and Scottish electricity sources and the extent to which this would act as a driver for change, where coal accounted for around 25% of Germany’s gross electricity in 2020, whereas renewables met 97% of Scotland’s electricity consumption.

This summary was written by Professor David Fowler FRSE, Environmental Physicist, Centre for Ecology and Hydrology. His specialisation is in micrometeorology, land atmosphere exchange of trace gases and particles, and effects of pollutants on vegetation. 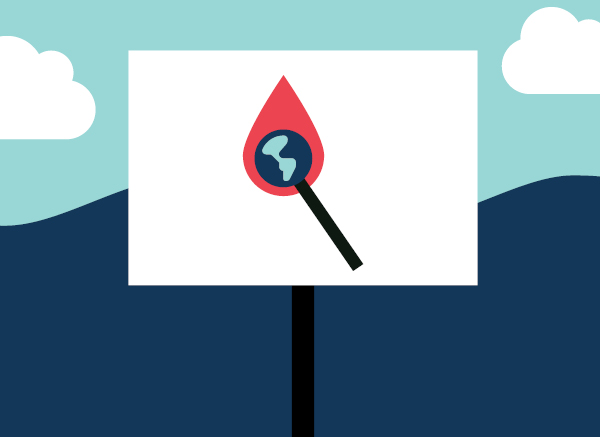