The RSE Young Academy of Scotland

The Royal Society of Edinburgh launched the Young Academy of Scotland (YAS) in November 2011, to bring together the country’s most dynamic young leaders. It is the only Young Academy in the UK and is based on a model developed by the national academies in Germany and Holland.

Although it has become part of a growing international movement, the YAS is also unique because it is the only institution of its kind which brings together young professionals from across the whole spectrum of business, the humanities and science, as well as representatives from government and civil society.

In this edition of Science Scotland, the strengths of the YAS are illustrated by the wide range of examples of multidisciplinary approaches and collaboration by YAS members – the innovative use of new technologies, and the enterprising approach of researchers, in everything from medicine and psychology to education, history, the media and cultural identity, particle physics and astrobiology.

This special issue also highlights their wide international dimension and how Scotland benefits from the research of these talented people, brought together by the YAS from all around the world, doing work as far afield as Africa and the Pacific – and even outer space. 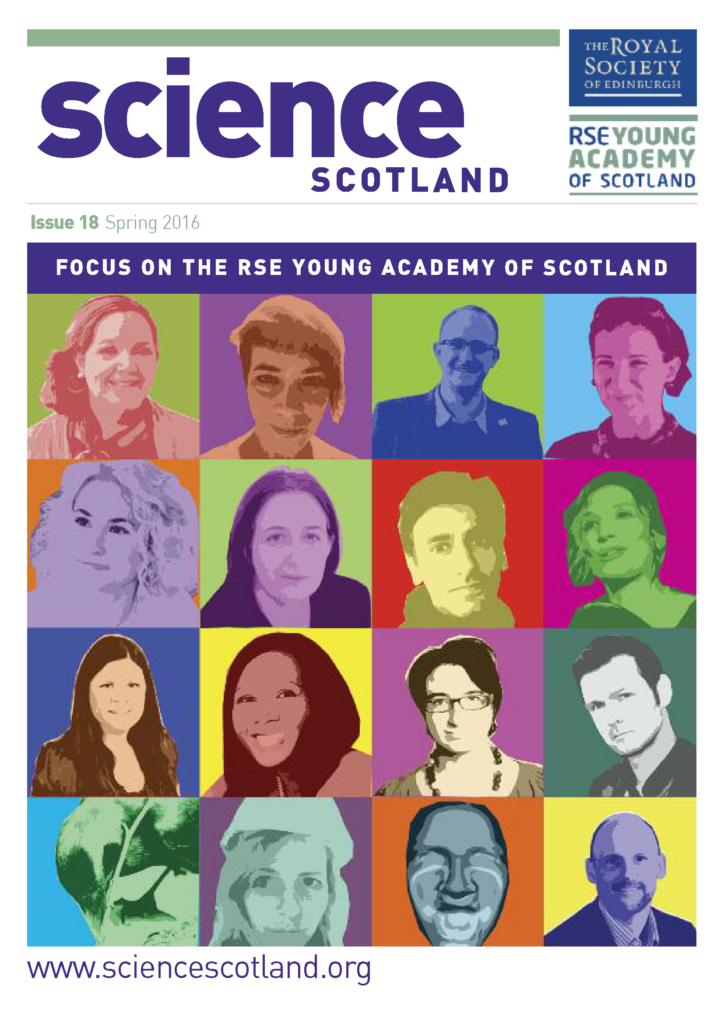