Most of us who live in Scotland find ourselves attracted to the sea, and most of us can reach the coast quite easily. So it is no surprise that the history and culture of Scotland are closely interwoven with maritime development and exploitation of marine resources.

Today, we think in terms of our current requirements for energy (oil and gas, wind, wave and tidal) and food (fisheries and aquaculture), but we are also beginning to recognise that many marine resources are finite and many practices will have to change – including how we harness energy and the source and type of food we eat.

Not all of these changes are caused by local exploitation in Scotland. As discussed on pages 32–37 of this issue of Science Scotland, global climate change may have a major impact on Scottish waters and we will have to understand and manage these effects. Some common local species may disappear and new species arrive as waters increase in temperature, whilst acidification of the coastal waters may lead to changes in the form and function of some ecosystems with – as yet – unknown consequences.

The greatest advance in the knowledge of our planet since the celebrated discoveries of the fifteenth and sixteenth centuries.

There are challenges on the horizon, but Scotland is well placed to address these issues. In keeping with our marine heritage, we have a distinguished history of marine research dating back even before the legendary Challenger expedition organised by the University of Edinburgh in 1872, which catalogued 4,000 new marine species and allowed Sir John Murray to describe the results of the voyage as “the greatest advance in the knowledge of our planet since the celebrated discoveries of the fifteenth and sixteenth centuries.”

Today, we use much more advanced technologies – including satellites and sensors andmolecular biology – but many of the questions are the same: How does the marine system work? What is the extent of its biodiversity, and how can we safely and sustainably exploit it? How fast is the system now changing and why?

Scotland has great talent and resources in its universities and institutes, and in the government organisations and commercial businesses that concern themselves with the marine environment, and this issue provides an insight into some of the people and technologies that are being deployed to find the answers we urgently need. 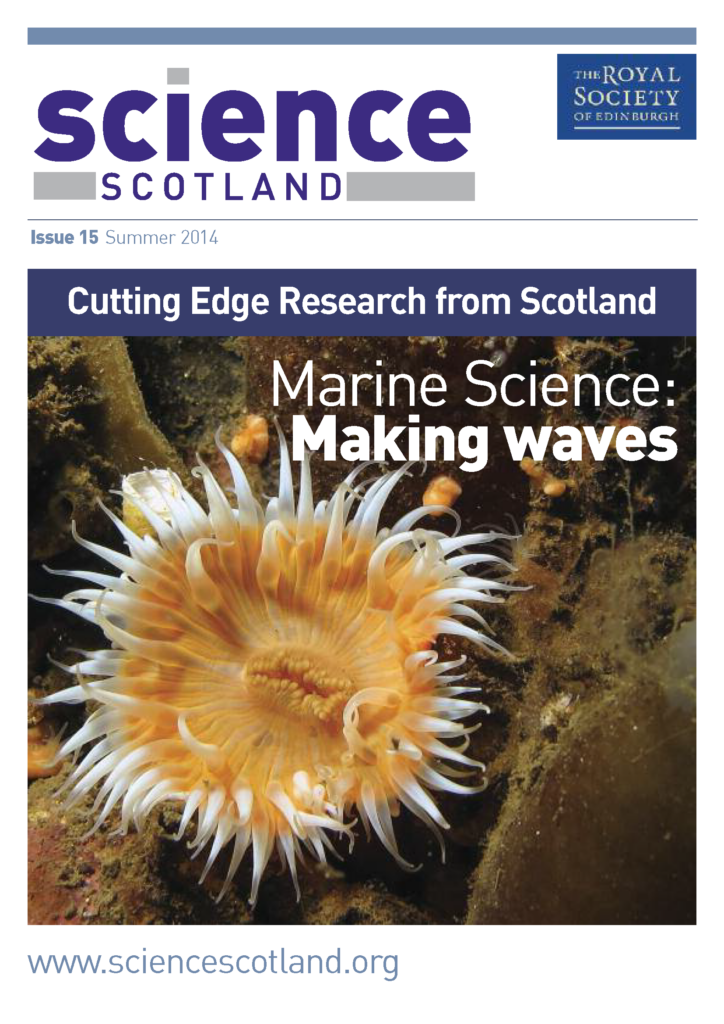