From Sherlock Holmes to Rebus, there is a long history of famous Scottish fictional detectives. In 2015, however, a “cosmic detective” story unfolded that would rival the adventures of them all.

The first direct detection of gravitational waves from the merger of two massive black holes, more than a billion light years from the Earth, became a global media phenomenon when it was announced in February 2016. This remarkable discovery was made by two giant interferometers known as Advanced LIGO, the most sensitive scientific instruments ever built. It vindicated Albert Einstein’s General Theory of Relativity and has been widely hailed as one of the greatest scientific breakthroughs of the Century. The human story of how we discovered gravitational waves also stretches far across both space and time.

First, it reaches back one hundred years to Einstein’s pioneering prediction of these tiny ripples in the fabric of the Cosmos – which he believed were too elusive ever to be detected – and since then across many decades of ingenuity and determination as – one by one – the huge technological barriers to making such an insanely difficult measurement were overcome. The discovery, and the research that made it possible, also spans the globe – the result of a worldwide collaboration featuring thousands of scientists in dozens of countries. In this sense, it represents a triumph for the vision and commitment of funding agencies to invest long-term in a project so challenging that many were sure it would never succeed.

This cosmic detective story has its own strong Scottish connections – from the origins of the LIGO project to the scientists now leading the design and operation of Advanced LIGO and shaping the future of this exciting new field. This edition of Science Scotland tells the tale of Scotland’s place in the discovery of gravitational waves by highlighting the contributions of some of the players involved.

The achievements of the LIGO team have been recognised with many international awards and prizes – including the award of the Royal Society of Edinburgh’s President’s Medal to the Scottish academics who shared in the discovery, most of whom are profiled in this special issue. 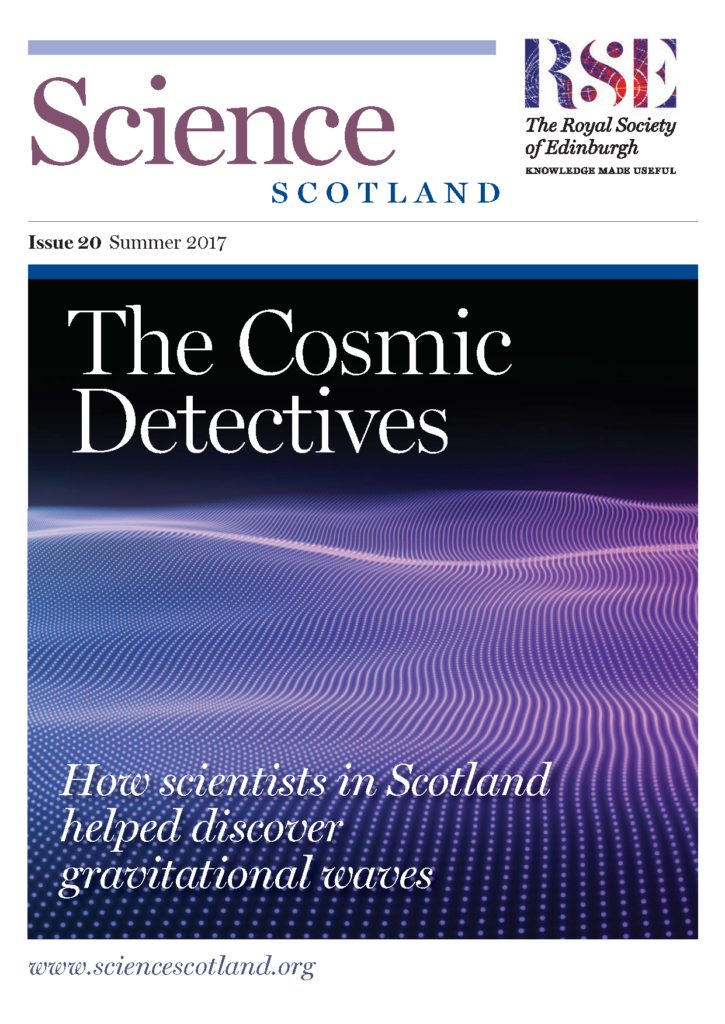