The revolution wrought by computers hasn’t been and gone – it’s only just started.

Our interactions with computers every day, from the railway station ticket machine to the smartphones in our pockets, have made us blasé about their role at the centre of our society and economy. But new generations of computers are opening up the secrets of the Universe, at the same time as offering increasing productivity in business.

While computers have been a staple of research in universities since the Second World War, a major, and as yet unrealised, opportunity is for companies to benefit from the same high-performance computers. Fast and efficient simulation and design of new products and technologies is needed in SMEs as well as in major industries. Using high-performance computers, which need not be in the same town or city, companies can not only complete larger design projects but also run many more at the same time. Running many simulations in parallel will enable them to optimise their product designs more quickly and efficiently.

The commercially sensitive data can be as secure on these regional supercomputers as on in-house machines. If Scotland is going to be well placed to make the best out of this unfolding revolution, then we need to train the next generation of researchers and industrial designers. Courses in high-performance computing and simulation should be on the science and engineering curricula of our universities and colleges. The excellent computer facilities we have across Scotland offer a fertile training ground. Tomorrow’s science and technology-driven economy needs people equipped to create and run it.

This issue of Science Scotland highlights the diversity and quality of computational work going on in Scotland. The different projects are not isolated from each other: the same computer facilities can be accessed from offices or living rooms in different cities, so projects can be run effectively even though the participants are geographically spread. This is a truly connected and joint endeavour. And we have only just started to realise the unique power of computational science and engineering to generate economic impact at the same time as world-leading research results. 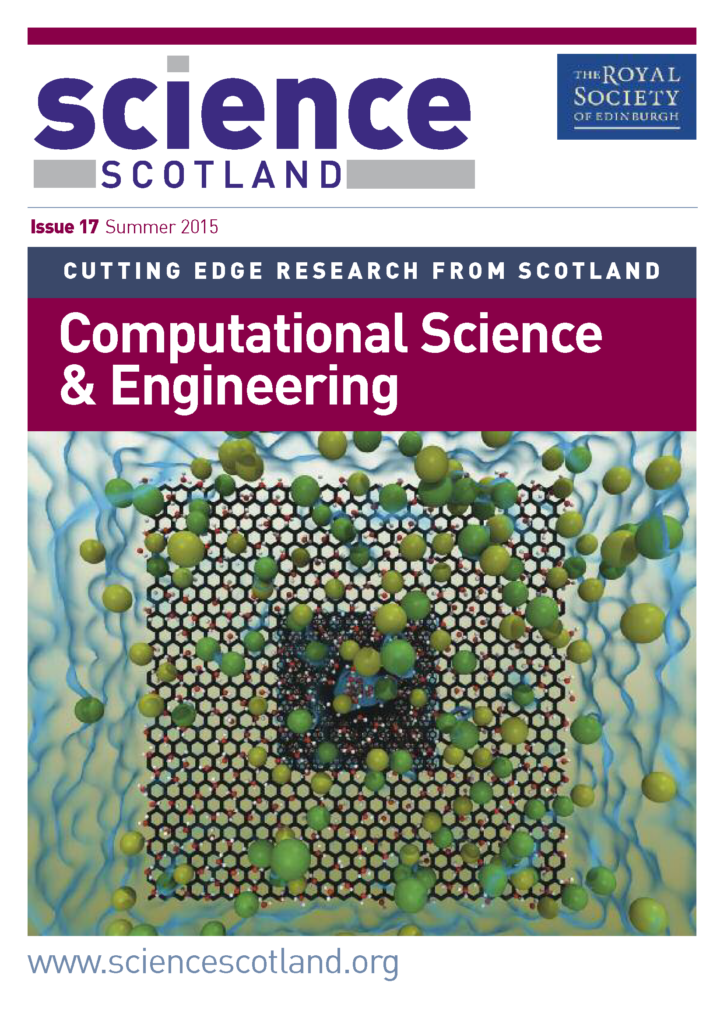