Scotland and its surrounding seas support about 90,000 native species, many of which form communities and assemblages uniquely special and distinctive. Whilst this represents considerably less than 1% of our planet’s complement of species, Scotland is held in the highest regard for its care, management and understanding of nature. In fact, being part of an island, and positioned so far north, Scotland is much richer in plants, animals and their communities than might be expected.

We should not be surprised, therefore, to see Scotland so rich in opportunities to research and enjoy the myriad wonders of our natural environment. Call it what you will, some of the world’s best fieldwork, experiments, laboratory studies and detailed investigations are carried out on land and at sea in Scotland.

Scotland hosts some of the most exciting and innovative biodiversity science in Europe, with much of this drawing on inter-disciplinary and novel techniques, technologies and approaches. For this special issue of Science Scotland, we have spoken to some of the most imaginative and gifted researchers in the country to give you a flavour of the advances being made. The work of well-established and up-and-coming researchers is featured, so much of what is special about Scotland is defined by its natural and cultural heritage.

Scientific endeavour and the advancement of knowledge have their roots in the earliest studies of landscape formation and the richness of nature. We believe we are on the cusp of another great scientific adventure, and we urge investment in research and its applications to ensure that our country, and the wider world, is more resilient to the unprecedented changes taking place in modern times. 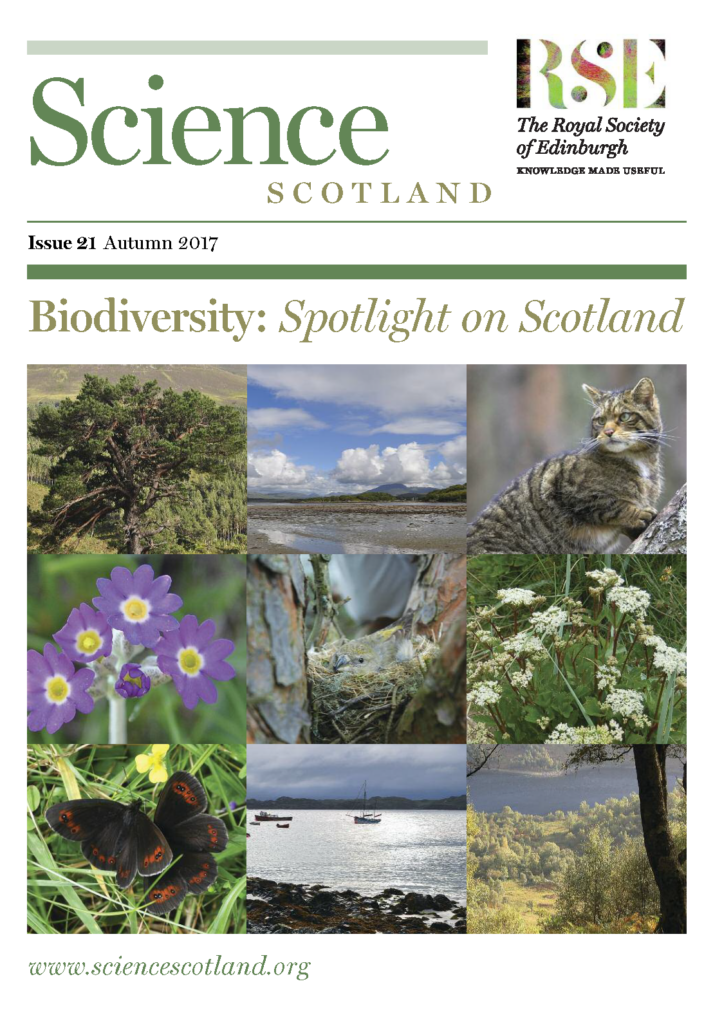