The Cerro Pachón ridge in Chile towers 2,750 metres above sea level, with landscapes that could easily be confused for the surface of Mars. As one of the driest and darkest places on earth, it is the perfect location for some of the world’s largest telescopes

Since 2014, the site has been alive with construction workers, engineers and scientists building the Vera C. Rubin Observatory. The mirror for this new telescope is so large, it only just fits into a tennis court. Similarly, the camera used to image the skies is roughly the size of a Fiat Punto, and to display just one of its images requires 1500 high-definition TV screens.

Celebrating the astrophysicist who found the first crystal clear evidence for the existence of dark matter, the Vera C. Rubin Observatory is scheduled to create the first movie of our Universe.

It will photograph the entire southern night sky every three nights on repeat for ten years, looking for anything that moves; Rubin will be able to locate any potential killer asteroids that could one day obliterate planet Earth!

Many of us are expecting, and certainly hoping, that we won’t find any evidence for a future doomsday scenario, and instead, our true passion lies in the by-product of that search. By combining ten years’ worth of images, we will create the deepest widest view of the universe ever seen, allowing us to look back in time to some of the first galaxies ever created. What we can see, however, only accounts for less than 5% of the universe. The other 95% is dark and invisible, and the only reason why we know it is there is because of the effect it has on the things we can see.

I’ll confess that as a scientist, and as Astronomer Royal for Scotland, it’s a little embarrassing to admit that we don’t yet understand what makes up 95% of our universe. We train our university students in fundamental theoretical physics which fully explains how things work on earth. It cannot, however, explain the existence of the entities that we’ve called dark matter and dark energy that pervade the wider Universe.

When the pandemic hit, the Cerro Pachón workers had to down tools, leaving the half-finished shell of the Rubin observatory whistling in the wind. Now one year behind schedule, but still as excited as ever, we wait for Rubin to see its first light next year.

With Rubin, we will be testing the latest exotic theories to explain the dark universe phenomenon, some of which are so far-reaching that we question even Einstein’s theory of gravity. It’s widely believed that Rubin will provide the key evidence that sparks a full revolution in our understanding of theoretical physics. Let’s hope we can conclude our studies before any killer asteroids hit!

Catherine Heymans FRSE is a Fellow of the Royal Society of Edinburgh, Astronomer Royal for Scotland, Professor of Astrophysics at the University of Edinburgh and Director of the German Centre for Cosmological Lensing at the Ruhr-Universität Bochum, Germany

This article originally appeared in The Scotsman on Monday, 12 April 2021. 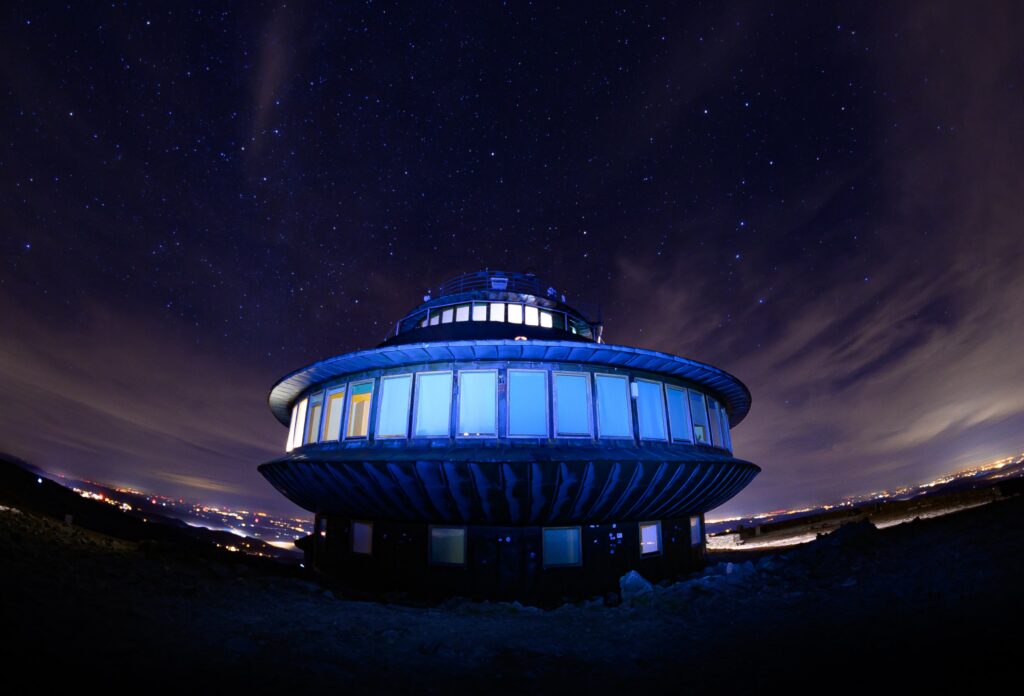