Genomic research has traditionally focussed on finding the genetic causes of human diseases. Increasingly cheap and powerful technology means that genomic data can be generated at scale, allowing the investigation of the genetics basis for all sorts of traits, including our behaviour and personality.

These discoveries have been greatly facilitated by large cohorts like the UK Biobank, in which genetic data are linked to hundreds of physical measures, imaging (e.g. brain and heart) data and cognitive functions for over half a million participants. This is a large amount of data that has accelerated genomic research at an unprecedented pace.

For example, in 2018 the UK Biobank contributed to the discovery of over 1200 genetic factors, contributing to differences in education attainment. Each factor contributes a very small individual effect, which becomes meaningful only when counted in aggregation with the other thousand. Their aggregated value, which gets formally computed and referred to as polygenic risk score (PRS), explains up to 13% of the variation in education attainment. This discovery has sparked a hot debate on the utility of these data; The 13% figure can be considered both as “a lot” as well as “very little”.

On one side of the debate are full supporters of the education PRS and their potential in designing early interventions for learning approaches. The sceptical side does not recognise any possible application of PRS—neither for education nor most other traits—that could be useful to our society.

Middle ground positions acknowledge that currently the predictive value of PRS is not informative but can argue that with larger samples PRS will become more accurate. Another significant problem is that current genetic studies tend to be conducted in cohorts of European ancestry and of wealthy status.

The results are therefore not universally transferable and could be relevant only to a small fraction of the population, risking widening the gap between who can benefit and those mostly in need. Crucially, the debate highlights the necessity to bring clarity on the potential as well as limitations of genomic research.

Such issues feature prominently in the Genomics Beyond Health report¹, launched by the UK Government at the end of January, looking at how genomic will become prominent in our lives. The report recognises that genomics now extend well beyond biomedical research and makes the case for establishing solid ethical and governance frameworks to deal with a range of questions that we might be facing.

For example, PRS could become available for different personality traits like neuroticism, extraversion, and conscientiousness opening a series of questions. Could we use personality PRS to assess candidates’ aptitude for specific jobs? Could we use PRS as mitigating factors in criminal cases or to predict criminal behaviour?

Other questions could arise around unethical applications of genetic data, for example in enhancing elite athletes’ performance. Laws and regulations are therefore urgently needed to safeguard progress in research as well as the privacy and security of personal data. Increasing knowledge of our genome will lead to big dilemmas for our society. Establishing trust with the public through clear and frank communication will be vital for positive outcomes.

Dr Silvia Paracchini is a Reader in the School of Medicine at the University of St Andrews, and a Fellow of the Royal Society of Edinburgh.

This article originally appeared in The Scotsman on Tuesday 12 April 2022 and in ReSourcE Spring 2022. 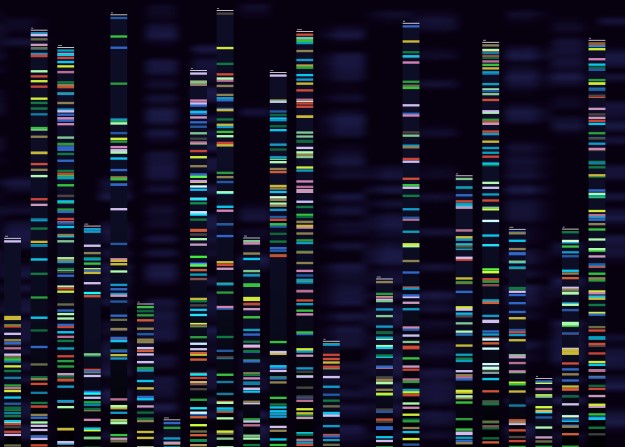