Home » Resources » Blog » Easter Eggs in the Code of Life

Easter Eggs in the Code of Life

It has been 55 years since a computer programmer wrote the first ‘easter egg’ – a piece of secret code that, when triggered by the right input, makes a dull program do something unexpected and fun. The flight simulator hidden in Office 97’s Excel is a famous example, as is the ‘Book of Mozilla’ hidden in the current Firefox browser (type about:mozilla in the address line).

The development of human beings from fertilized eggs to an adult body is often described as a ‘genetic program’. Is it possible that, like a computer program, our genetic system contains ‘easter eggs’ accessible only from precise and unusual conditions? A US-based team, consisting of Sam Kriegman, Douglas Blackiston, Michael Levin and Josh Bongard, has recently published a paper suggesting the answer is yes.

The team are pioneering the use of tiny autonomous robots made from living cells, with the hope they may be useful in fields such as medicine: imagine robots that can patrol the body and repair it. Their latest work sought a way for their biorobots to reproduce and began with a particular cell type from early frog embryos. Like all frog cells, these contained the normal genetic program that controls the familiar life cycle, from egg to tadpole to frog to more eggs. The researchers did nothing to alter this natural genome. Instead, they placed the cells in culture, and piled some of them into small mounds while leaving the others as scattered single cells. The mounds matured and gained the ability to move, thanks to the development and beating of small whip-like protrusions, cilia, on their lower surface. As they moved, the mounds began to ‘bulldoze’ the scattered cells in their path into new mounds. The new mounds slowly matured and gained the ability to move too. Careful optimization of the starting mound made this process more efficient, with a ‘C’ shape turning out to be ideal. With the best designs, the new mounds which were bulldozed into existence by the first generation, could then bulldoze further cells to make new mounds, and so on.

The researchers achieved their goal of a reproducing living robot and, along the way, revealed something unexpected about the genetic program of the frog. Until now, we knew only one option for frog embryo cells: make a frog, which will mate and make more embryos. This new work shows that, given peculiar starting conditions, embryo cells can ‘reproduce’ not by way of mating but by moving scattered single cells to create a new entity. It is a simple but wholly unexpected lifecycle: a bizarre ‘easter egg’ hiding in the normal developmental program.

For now, this discovery has left scientists scratching their heads, but raises questions about the presence of ‘easter eggs’ within in a developmental program. Are they accidents, unavoidable accompaniments to the main program, or do they have a function? And, importantly, can we use them for useful biotechnological or medical purposes?

Professor Jamie A. Davies is a Professor of Experimental Anatomy and the Dean of Education at the University of Edinburgh, and a Fellow of the Royal Society of Edinburgh.

This article originally appeared in The Scotsman on 21 June 2022. 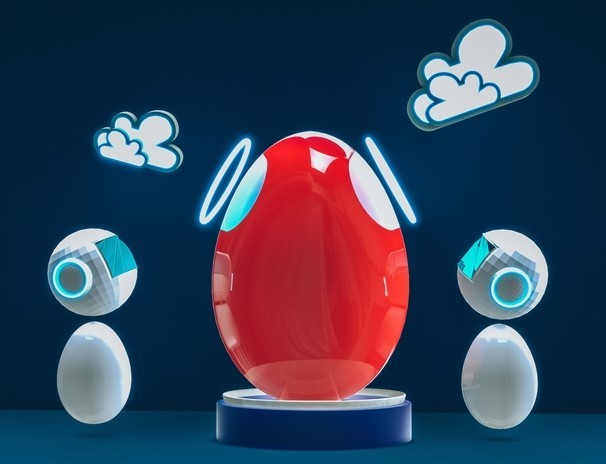