Climate change information is everywhere: billionaires write books about it, and social media is aflame. A bewildering array of data and opinions assault us from all sides, but as a science curator, my favourite place to learn about our environment is in museums. Within the vast collections at National Museums Scotland, there are three markedly different objects which provide insight as to the current state of our planet, and what we can do to create change.

The first is a fossil, specifically, a fossil from an Aetosaur (a group of extinct reptiles). With this, we can dig into the earth’s continuously changing climate. Palaeontologists at the museum study fossils and the strata where they are found to uncover the climate changes throughout deep time. The Aetosaurs, first unearthed in Scotland, were heavily armoured plant-eaters described by one museum’s scientists as ‘pangolins on steroids’. These Moray-roaming ‘Elgin Reptiles’ walked the earth 230 million years ago, when there were no polar ice caps, and the landmass now known as Scotland was a tropical jungle. In fact, Edinburgh’s well-known National Museum of Scotland is even clad in sandstone excavated from Clashach Quarry dated around this period.

After hundreds of millions of years, the world of the Aetosaurs gradually changed, until the climate and earth’s surface chime with what we would recognise today as Scotland. Then, some two hundred years ago, temperatures began to rise at unprecedented rates. The industrial revolution stimulated what some geologists argue is a new epoch, the Anthropocene, which our second museum item illustrates strikingly.

This is a five-metre flare tip, which adorned the peak of the Murchison Oil Platform in the northernmost reaches of the North Sea for 40 years. Its sheer size helps us grasp the scale of the industry, and the importance fossil fuels hold in Scotland. It stands to remind us how humankind so radically and rapidly impacted the climate.

Yet hope too, can be found in the museum. ‘Scotland’s Climate Challenge’ is a special exhibition coinciding with Glasgow’s climate congress later this year. Our technology curators have been exploring novel ways to curate this rapid, human-induced climate change. The exhibition includes a new acquisition, and our third item: a bottle of grubby water from a disused mine in Rutherglen.

This deceptively humble object purports hopeful research undertaken by the UK Geoenergy Observatories. By exploiting huge volumes of water trapped in flooded and abandoned mines, new engineering innovations could see it heating our homes and businesses sustainably. It may be another innovative tool to help wean us off fossil fuels to combat rapid climate change.

From fossil to flare tip to water sample, National Museums Scotland’s collections spanning nature, sciences, history, and arts help us understand the human causes of climate change. And, in thinking about the world’s fate and what we can do about it, the answers to the future might just lie in the past.

Dr Sam Alberti FRSE is Director of Collections at National Museums Scotland and an Honorary Professor at the University of Stirling Centre for Environment, Heritage and Policy.

This article originally appeared in The Scotsman on 3 August 2021. 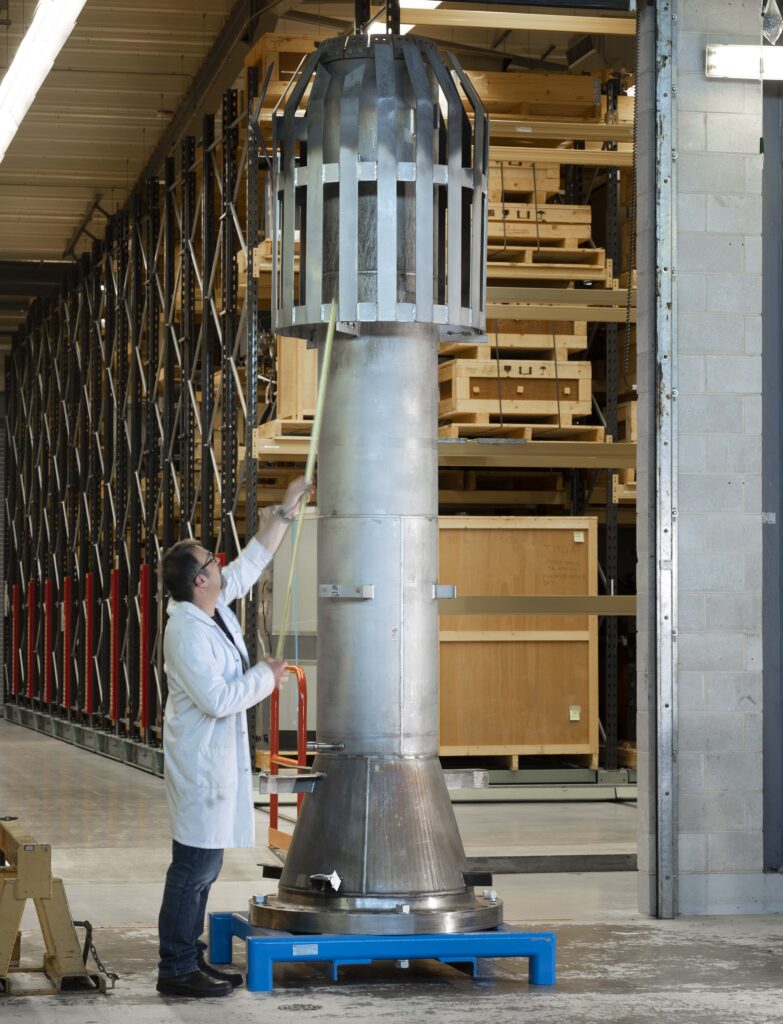