With the challenge comes opportunity

The targets set for carbon reduction in Paris have now been enshrined in law, with Scotland bound to reach net zero by 2045 and the UK five years later. On that journey, the UK is legally required to reduce emissions by 78% by 2035. The scale, urgency and complexity of the task is unprecedented, with dire consequences should we fail.

Every part of society and the economy will have to make significant changes if we are to succeed. We cannot assume that increased renewable energy development on its own will put Scotland on track to comply with the law. Despite the enormity of the task, we must capitalise on the opportunities this brings. To understand where we could be, we can look to our near neighbours in Scandinavia.

Denmark is about to invest £24 billion in its largest ever infrastructure project, an Energy Island located 80km into the North Sea. It will be connected initially to 200 huge wind turbines. The electricity generated will be distributed to countries in Europe and used on the island to manufacture hydrogen from sea water. This green hydrogen will power marine vessels, industry and aviation in Denmark and beyond.

Green hydrogen is being used in Sweden in the process of smelting steel, the by-product of this innovation being water, not the carbon dioxide. The steel produced is being used in other industries through Sector Coupling in the automotive car industry, for example, to drive its carbon footprint. Scotland is exploiting the huge potential for renewable energy but more focus on Sector Coupling could reap rewards.

The need to store the power generated by wind is driving an exciting renaissance in pump storage hydro, which are effectively large batteries. SSE’s Coire Glas scheme in the Great Glen is gathering pace and Drax has announced plans for Cruachan 2 – an underground pumped hydro storage power station, more than doubling the electricity generating capacity at Cruachan.

Society will continue to demand greater connectivity and such investment keeps economies primed. Norway, with similarities in geography to Scotland, is well advanced in plans for the construction of a highway stretching for 1,000km down its west coast to provide quick and efficient ferry-free travel between important economic hubs, and to provide a sustainable future for rural communities. Fjords and mountains will be crossed by a series of tunnels and bridges. Driving carbon out of construction by investing in materials, research, and Norway’s already exceptional EV (all-electric vehicle) charge network, will ensure new infrastructure contributes to the reduction of Norway’s carbon footprint and bring sustainable benefits to rural communities.

The Faroe Islands have been transformed by the improved connectivity due to the construction of sub-sea road tunnels providing weather-proof, fast, reliable and round-theclock access from all over the island group to the services of the capital Torshavn. The positive impact on rural communities from this vision is quite remarkable, with significant carbon benefits. There is notable interest in the Faroe model in Shetland, Orkney, the Western Isles and Argyll and Bute.

The climate emergency brings unprecedented challenges but also opportunities on a scale that could be of significant economic and societal benefit to Scotland.

Professor Andy Sloan FRSE is Managing Director of COWI in the UK, one of Scandinavia’s leading engineering consultants.

This article was originally written for the ReSourcE magazine Summer 2021 edition, focusing on issues of climate change in the lead-up to COP26. 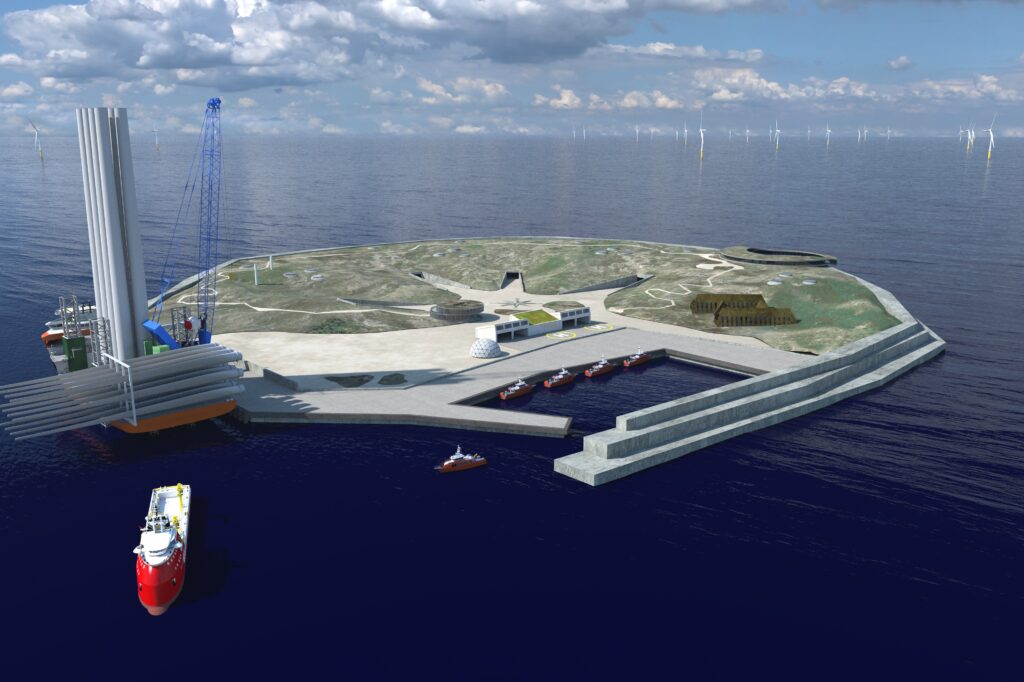