Bringing dinosaurs back to life

When preacher and palaeontologist, Hugh Miller illustrated armoured fishes from the Old Red Sandstone of Cromarty in the 1840s, he was able to draw almost the entire beast because the fossils held intricate details of external skeletons; some had a box-like structure over their heads with pointed paddles.

Since 1840, palaeontologists have collected millions of fossils and tried to recreate what fossilised creatures would have looked like when they were alive. This task is significantly easier when fossils come from a site of ‘exceptional preservation’ where fossils are retained in amazing detail. An example is the Rhynie Chert from Rhynie in Aberdeenshire, where plants and wee beasties were immersed in volcanic springs that infiltrated their internal organs to capture minute cell details and insects on plant stems.

But we are not always as fortunate, and many sites and fossils show far less detail.

With dinosaurs, for example, our knowledge is mostly gathered from just their skeletons or even a few bones. However, using new technology, we’re discovering far more about the prehistoric giants.In 2010, I was among a team of researchers in China and the UK who were the first to identify the colour of dinosaur feathers. Feathers and hairs get their colours from melanin pigments, and each different melanin is contained in different-shaped capsules within the feather’s structure. When new fossils from China showed that, just like birds, dinosaurs also had feathers, we set about our analysis. By looking at the feather structures of small dinosaurs, we unearthed the original coloured pigment capsules. When we examined the turkey-sized dinosaur, Sinosauropteryx, we were able to determine it was ginger all over, with a ginger and white stripey tail. There have since been hundreds of studies on preserved skin, armour plates and feathers.

Further technology to discover details of ancient fossils is now being used by Davide Foffa, a Research Fellow at the National Museum of Scotland. His focus is on reptile fossils found in Elgin, where the fossils are holes in the rock with some soft bone remaining. Using an X-ray scanner called a ‘computed tomography’ scanner at the University of Edinburgh, Davide scans the fossils to create 3D renditions. By marking areas of bone and rock in these images, a jigsaw puzzle emerges to recreate a skeleton. Delicate bones hidden to the eye can now be seen. This is important when studying slender beasts that, while only the size of a jumping hare, could have a significant bearing on our knowledge on the origin of dinosaurs.

With ever-growing numbers of fossils to study and increasingly advanced technology, such as scanners, allowing us to extract unexpected details, it is an exciting time for palaeontologists. The power to model the appearance of these ancient beasts means we can uncover more about their way of life. It’s no longer the guesswork relied on by Hugh Miller; we have science and kit which are increasingly bringing these mysterious beasts back to life.

Mike Benton OBE, FRS, FRSE is a Professor of Vertebrate Palaeontology, Head of the world-leading Palaeobiology Research Group at the University of Bristol and a fellow of the Royal Society of Edinburgh.

This article originally appeared in The Scotsman on 3 January 2022. 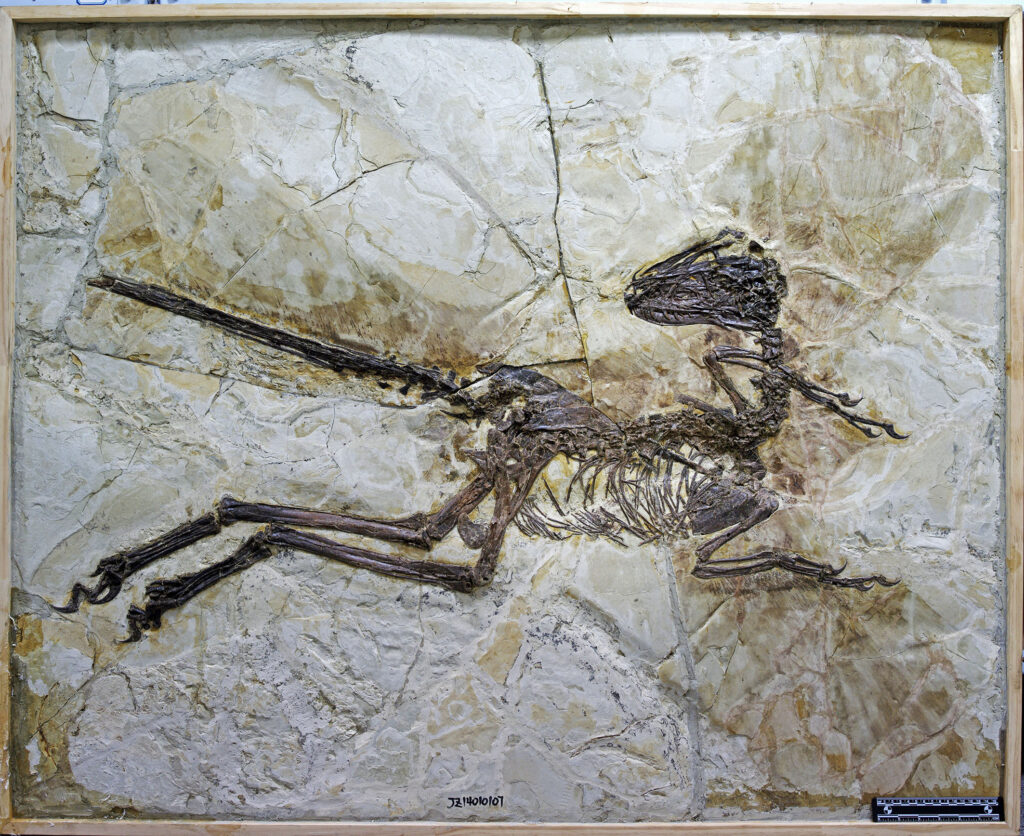