Home » How we are governed/Our staff » Professor Andrea Nolan OBE 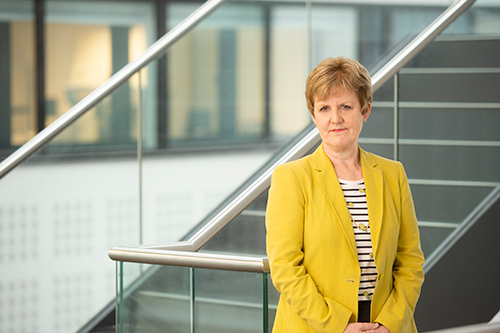 Professor Andrea Nolan is Principal and Vice-Chancellor of Edinburgh Napier University, a role she has held since 2013. Andrea graduated as a veterinary surgeon from Trinity College Dublin, Ireland and after a short time in veterinary practice, embarked on an academic career which led to her appointment as a Lecturer and then Professor in Veterinary Pharmacology at the University of Glasgow where she established herself as a research leader in the field of animal pain, its recognition and management.

Her senior leadership in Glasgow developed through roles as Dean of the Faculty of Veterinary Medicine, Vice-Principal for Learning, Teaching and Internationalisation, and Senior Vice-Principal. She served as Convenor of Universities Scotland, the professional body representing Scotland’s 19 Higher Education institutions from 2016 to 2020, and currently chairs its International Committee. She serves on a range of Boards and groups contributing to the development of Higher Education.