The RSE Fellowship comprises around 1,600 leading experts in the sciences, arts, business, professions and the third and public sectors, with links to Scotland. This range of expertise within the Fellowship places us in a unique position to provide an informed, interdisciplinary response to issues facing Scotland and internationally.

Our Fellows from academia, business and public service are among the most distinguished in their fields. We engage and connect nationally and internationally to share knowledge and tackle the most pressing challenges of the modern world. 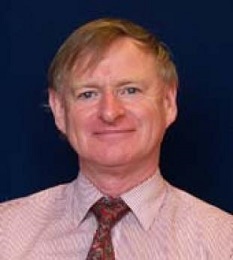 Following 5 years in industry he was appointed at the University of Edinburgh in 1971, subsequently promoted to Professor and served as the first head of the School of Engineering, 2002-8. His research in signal processing for communication systems, was recognized with the 82nd (2004) Faraday Medal award by the Institution of Electrical Engineers.

In 2007 he was appointed to the 8th Regius Professor of Engineering at Edinburgh. In 2009 he was awarded an OBE in the Queen’s birthday honours list. He also holds fellowships of EURASIP, the Royal Academy of Engineering.

He has served for 12 years as a Trustee of the James Clerk Maxwell Foundation, at India Street.