The RSE has responded to the UK Government’s proposals for reforming the asylum system.

The UK Government proposes a two-tier system with those who enter by the government’s resettlement system being redefined as ‘genuine’ asylum seekers while others using irregular routes of entry involving a third country will be considered inadmissible for asylum protection. The RSE does not consider it fair or compatible with our treaty obligations to introduce a new asylum system that effectively discriminates against asylum seekers based on the route they have travelled.

The proposals cite only one academic reference. It is crucially important that the reforms take account of the substantial body of independent research evidence on immigration and asylum before they proceed further.

The UK Government plans to introduce a more rigorous standard for testing whether an individual has a “well-founded fear of persecution”. However, the existing definition used by the Refugee Convention is accepted throughout the world and its interpretation has been well tested by UK and other international courts. It is not clear why a more rigorous standard should be required.

The RSE broadly welcomes the proposed changes in relation to reforming and updating British nationality law to address historical anomalies. Great care does, however, need to be taken in relation to the proposal to extend the discretionary powers available to the Home Secretary.

There is a pressing need for a post-Brexit agreement between the EU and the UK that provides at least the same level of rights and protections to unaccompanied children and on family reunion as existed under the Dublin Regulation.

The proposals draw attention to the need for a faster system for determining asylum claims and appeals to reduce delays. A desirable way of reducing delays would be to improve the resourcing of the system. However, this is not discussed in the proposals. There is a continuing need to assess and improve the quality and effectiveness of the Home Office’s oversight of the asylum system and of immigration enforcement.

Regrettably, many of the proposals lack sufficient detail to enable respondents to reach a clear view on their merits. 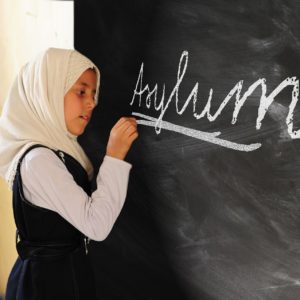