The Royal Society of Scotland has responded to the UK Parliament Scottish Affairs Committee’s inquiry into renewable energy in Scotland. This response builds off of the positions in RSE’s 2019 inquiry into Scotland’s Energy Future and previous responses to the Scottish Government’s Offshore Wind Policy Statement and the Just Transition Commission’s Interim Report.

Scotland has achieved many milestones in renewable energy, particularly in wind energy generation. And indeed, renewable energy will continue to play a central role in meeting Scotland’s target of net-zero greenhouse gas emissions by 2045. In order to do this, Scotland will need to continue diversifying its energy mix and storage solutions, as well as exploring the full potential of negative emission technologies such as carbon capture and storage.

Whatever the technology, it must go hand in hand with supporting a just transition. There are many oil and gas workers looking to enter the renewables sector and Scotland will need to improve its industrial base and build local supply chains in order to provide new economic opportunities for them and for Scotland as a whole.

It is also important to remember that targets on their own, however ambitious, are not enough to get Scotland to where it needs to be. Achieving our net-zero and just transition goals will require a cooperative approach between the UK and Scottish Governments, a clear plan of delivery, as well as adequately resourced local authorities that can fulfil these ambitions on the ground.

Targets on their own are not enough. They need to be accompanied by a series ofimpactful policy measures to deliver the intended outcomes. However, even then, economy-wide emissions reduction targets for Scotland are important in determining the tone of subsequent policy and in engendering the requisite political will to meet them.

Targets can also indicate a roadmap for future investment, sending a signal to potential investors that Scotland will offer attractive political and economic conditions for their business activities. Inappropriately set targets requiring dramatic action that lock us into pathways that are unsustainable will not benefit Scotland’s decarbonisation journey over the long term and could obscure issues of fairness and equity, such as fuel poverty.

It is important that targets are supported by consistent policy. This is particularly significant for more immature technologies that will require sustained investment and favourable policies in order to become a viable element of Scotland’s energy mix.

Wind energy has dominated the renewable energy mix due to a favourable planning regime and design optimisation achieved through industry collaboration and repeated cycles of experimentation.

Wave and tidal energy have not yet benefited from the same accumulation of industry experience and technological refinement, both of which have kept costs high and precluded large-scale deployment. It is debatable whether government intervention in order to ‘bootstrap’ these industries would be advisable as this could bypass the learning journey that has benefited the wind energy sector so greatly. It could also be that wave and tidal are better suited to niche applications, rather than large-scale deployment. There may be value in emphasising to politicians, media, and other public opinion-shapers the importance of risk and failure as a necessary part of a successful innovation process.

With all forms of renewable energy, replenishable storage remains a key part of the whole-system energy equation and one which has not yet been satisfactorily resolved. A multi-faceted solution will be required that accounts for varying quantitative, temporal, and geographic storage needs.

Scotland could be poised for global leadership in carbon capture and storage (CCS) if it is able to take advantage of conducive domestic conditions and experiment with more flexible and forward-thinking applications. As part of a bioenergy with carbon capture and storage (BECCS) process, CCS can potentially be used to decarbonise urban waste treatment as well as distilleries and breweries. Supporting the growth of combined, community-based forestry and smaller-scale BECCS projects could bring appreciable local community benefit, from employment in renewable forestry to power technology. CCS can also be used in processes that generate clean energy to power vehicles and heat homes, both of which are already taking place in Scotland.

Other types of negative emission technologies such as direct air capture and nature-based solutions (NBS) are beginning to emerge and with the right support could end up making a significant contribution to removing CO2 from the atmosphere whilst also advancing wider environmental aims such as protecting biodiversity.

The Scottish industrial base remains comparatively weak by international standards and currently cannot offer the same quality guarantee as foreign manufacturers. According to the Just Transition Commission, the quest to deliver renewables projects at the lowest cost when bidding for Contracts for Difference (CfD) may have had adverse implications on the development of a local supply and labour chain in Scotland.

While the construction of renewable and low carbon energy infrastructure could generate jobs in the short term, the development of a local supply chain for operation and maintenance (O&M) services will provide Scotland with a higher value and more sustainable source of economic benefit. Whole life carbon costs could be made a mandatory consideration during the assessment of project tenders, thereby giving further advantage to local suppliers of materials, local labour, and local added-value products. There is also potential to upgrade existing port infrastructure on both the east and west coasts as part of supply chain development, particularly deepwater facilities for offshore wind. This could help to revitalise coastal communities that have suffered economic hardships and population loss in the wake of declines in the fishing industry and a drop in tourism during the COVID-19 pandemic.

Simplifying the reskilling process through the use of skills passports and other mechanisms could encourage more people to make the switch to the renewables sector, as the time and money that are currently required to retrain could be a disincentive. It will also be important to remember that the oil and gas sector is not homogenous. Some workers have skills that can more readily be adapted or transferred to accommodate career shifts into related sectors such as renewable energy. However, others are employed in more peripheral capacities, such as hospitality or public relations. Diversification strategies for regions such as north-east Scotland can consider such skills within regional economic diversification strategies and offer targeted support as part of wider retraining programmes to ensure workers in supporting industries are not left behind.

More evidence is needed about the types of skills and roles industries such as those for renewables, low carbon heating, and building efficiency will be looking to fill so that prospective entrants can make informed decisions about their learning and career pathways and so that tertiary education institutions can develop the most relevant programmes.

Fundamentally, Scotland must ensure a corresponding number of jobs for those leaving the oil and gas sector. This could involve stimulating the growth of more small and medium-sized enterprises (SMEs)in the renewables sector.

Successful delivery of Scotland’s decarbonisation and just transition ambitions will require effective cooperation between the UK and Scottish Governments and coherence across devolved and reserved policies.

There is also a need to clarify the role of government in influencing behaviour change across the population. Further emissions reductions, as well as the consolidation of certain types of renewable technologies within Scotland’s energy mix, will require lasting changes to be made at the level of the consumer.

Local authorities should be sufficiently resourced and empowered in order to deliver national ambitions on the ground. 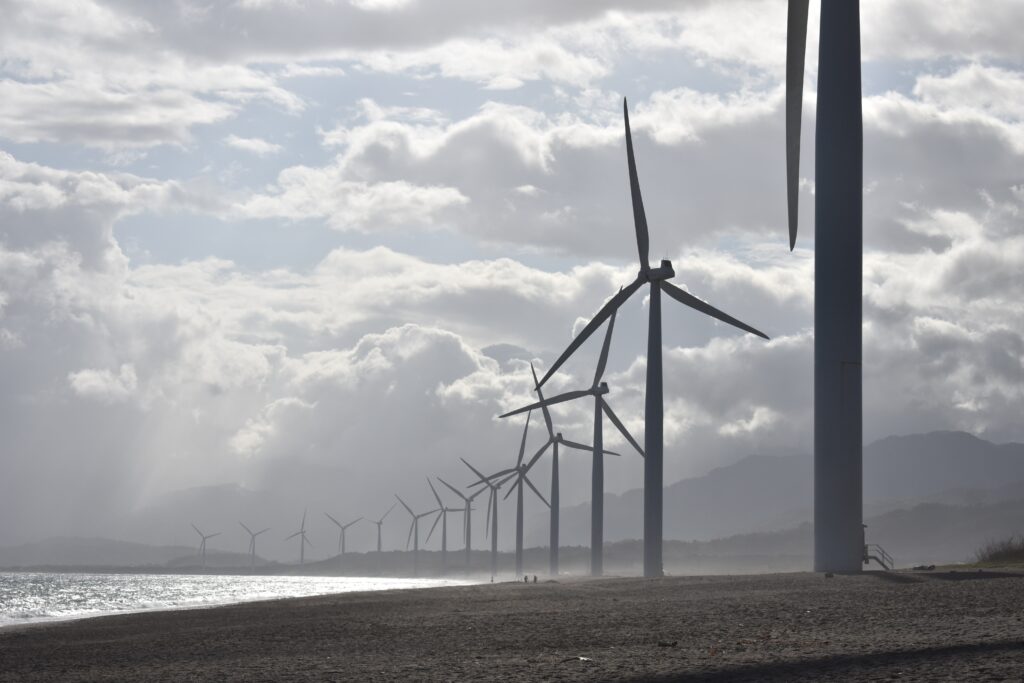