Future Governance of the UK

The RSE has responded to the House of Lord’s Constitution Committee inquiry on the Future Governance of the UK. This response highlights that the current system of intergovernmental relations is not effective for the UK, as there are challenges and long-standing issues with it. Therefore, changes should be made introduced which promote cooperation, consultation, and dispute resolution.

The RSE acknowledges the work of Lord Dunlop in his review into union capability and the exploration by the UK Government to change the system of intergovernmental relations.

The inquiry by the House of Lords Constitution Committee on the Future Governance of the UK is welcomed by the Royal Society of Edinburgh (RSE). The inquiry comes at a time when there is increased attention on the role of intergovernmental relations due to the implications of Brexit, the COVID-19 pandemic, Lord Dunlop’s Review of UK Government Union Capability, and an ongoing review by the four administrations on the system of intergovernmental relations. Some of the recommendations of these
reviews align with recommendations previously made by the RSE in responses and papers, which are listed in the response (see paragraph three).

Since the first devolution of power in 1999, different circumstances and objectives have led to differentiated journeys in devolution in Scotland, Northern Ireland, and Wales, while some devolution exists in England via the Metro Mayor structure. However, the numerical dominance of a unitary England with 84% of the UK population and lack of a decentralised system of government for England remains a significant impediment to the emergence of a conventionally federal system.

UK Government departments lack sufficient knowledge of devolution, to the detriment of intergovernmental relations. The Dunlop Review has highlighted the issues within the system of intergovernmental relations, and the recommendations presented by Lord Dunlop may help. Across the UK, there is varying public opinion towards the distribution of powers as there is both support for greater devolution and resistance to ‘postcode lotteries’ over the standards of public services.

Some of the challenges for intergovernmental relations in the UK have been long-standing, on issues such as territorial finance. New challenges have emerged due to the post-Brexit repatriation of EU competencies and the creation of new complex interdependencies where areas of reserved competence interact with devolved responsibilities. Governments have been working together to agree on common frameworks, but tensions arise when governments act unilaterally. There will always be areas where governments diverge, and disputes are likely to emerge. It is important that the system of intergovernmental relations has mechanisms that serve to de-escalate tensions and resolve disputes.

There is little evidence of significant differences among the nations and regions of the UK on fundamental issues such as basic freedoms and democracy or the principle of universal health care and school education, which are key values of the UK. However, nationalists in Scotland, Wales, and Northern Ireland do not accept that the Union is needed to realise these shared values. It is likely that these values would continue to be shared, irrespective of the constitutional arrangements across these islands.

The RSE recommend that consideration be given to whether the current inclusion of the Sewel convention in the devolution acts provides sufficient constitutional protection to the authority of devolved institutions.

Within the current funding arrangements, there is further room for improvement. Firstly, the Barnett formula arrangements lack sufficient transparency (recently highlighted by the Public Accounts Committee). Secondly, the varying levels of devolution across the UK make it challenging to construct alternative mechanisms. In the present devolution settlement, there is quite a clear division between what is devolved and reserved. However, this is challenged by the UK Internal Market Act, City Deals and the proposed Shared Prosperity Fund, which increases UK Government funding on projects outside the Barnett formula.

These developments may blur political responsibility and accountability for devolved services and distort priorities between governments. In addition, although these funding streams will be presented as new money, they are more likely to be equivalents to funding programmes in England but with money spent directly in the devolved territories rather than generating Barnett consequentials and thus increases in the block allocation. 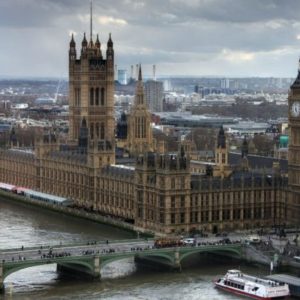