The Royal Society of Edinburgh (RSE) has responded to a consultation by the Scottish Government on the Draft Offshore Wind Policy Statement.

The response advocates a more ambitious energy generation target than is currently proposed in the consultation, citing both environmental and economic incentives for doing so. Additionally, it argues that the level of ambition must properly account for the increased demand for electricity that will arise from the continued decarbonisation of transport and heat. Recognising that current market and regulatory conditions are not yet conducive to large-scale deployment of additional fixed-bottom installations, it is proposed that a significant proportion of this added ambition could likely be realised through pursuing an increase in floating offshore wind installations in the nearer term. Such floating installations benefit from fewer deployment constraints and are also likely to receive bespoke funding as part of proposed reforms to the Contracts for Difference (CfD) scheme.

The response also discusses barriers to deployment, including the limitations of the current electricity transmission infrastructure, the potential for adverse interactions with wildlife, and inadequate levels of government intervention to support the continued growth of the industry.

It also explores the economic opportunities that increased offshore wind deployment can yield, including the development of an enduring local operation and maintenance (O&M) supply chain and the potential to commercialise offshore wind energy data.

The response concludes by identifying the conditions necessary to support further innovation and cost reduction, including effective knowledge exchange and different funding models. Such innovation includes stimulating the development of a hydrogen industry in Scotland, building on recent developments in this sector.

The RSE strongly suggests the proposed target for offshore wind energy generation as presented in the Draft Offshore Wind Policy Statement be reconsidered and made more ambitious. Doing so will accelerate Scotland’s and indeed the UK’s quest to reduce greenhouse gas emissions, enable Scotland to become a major player in the European market, and promote the economies of scale necessary to build a thriving offshore industry.

However, we also recognise that the need for greater ambition is heavily predicated on the Scottish Government swiftly fostering the necessary market conditions to allow the offshore wind energy sector to flourish in the nearer term. Until this is achieved, a significant proportion of this added ambition could likely be delivered by focusing on floating wind energy installations, which are less affected by some of the constraints currently posed on fixed-bottom structures.

It will also be critically important to ensure that additional offshore wind deployment does not exacerbate the already significant global biodiversity crisis. Greater monitoring and research activity can assist with quantifying the nature and magnitude of any impacts on nature, helping to inform subsequent decision making.

In order to support increased levels of energy generation, attract investment, maintain the reliability of electricity exports to the UK, and establish Scotland as a key energy provider to Europe, the existing transmission infrastructure would need to be fortified and expanded. However, doing so would require addressing certain challenges.

It is recommended that the Draft Offshore Wind Policy Statement clarify how offshore wind energy is integrated within Scotland’s national Energy Strategy as well as paying heed to the demands that decarbonising heat and transport will place on the sector.

We recommend that the Scottish Government capitalises on proposed changes to Contracts for Difference (CfD)funding allocations as well as Scotland’s extant leadership and intellectual property in the field of floating offshore wind technologies to rapidly grow the sector and enable Scotland to fulfil more ambitious offshore energy generation targets.

While the construction of offshore wind turbines and their associated infrastructure could generate jobs in the short term, the development of a local supply chain for operation and maintenance services will provide Scotland with a higher value and more sustainable source of economic benefit. Scotland could also potentially position itself as a global leader in the commercialisation of offshore wind energy data, given it already has a thriving digital sector which projections suggest is poised to become one of Scotland’s fastest-growing economic sectors.

Scotland already has in place an extensive infrastructure to support skills development, including a strong tertiary education sector and the work of Skills Development Scotland (SDS), Scotland’s national skills agency. However, this could be expanded by further involving the colleges sector and establishing bespoke industry-owned training organisations for the offshore wind industry. While the offshore wind industry could be said to be maturing, the technologies themselves are comparatively immature due to constantly changing deployment conditions and market demands.

There is a significant amount of research already occurring in the field of offshore wind energy which neither goes to full scale proving nor is adopted by industry. To this end, it becomes important to ensure a mechanism for effective knowledge exchange between researchers and developers. It will also be important to encourage further research and development(R&D) as well as increase demonstration capacity. There are several models through which this innovation and R&D could be funded.

Offshore wind projects could facilitate the corresponding development of a hydrogen industry for Scotland, further diversifying Scotland’s energy sector as well as contributing to energy resilience. The RSE recommends that, when embarking on any programme of coordinated marine planning, sites be assessed on the basis of their suitability to support both wind and hydrogen operations. 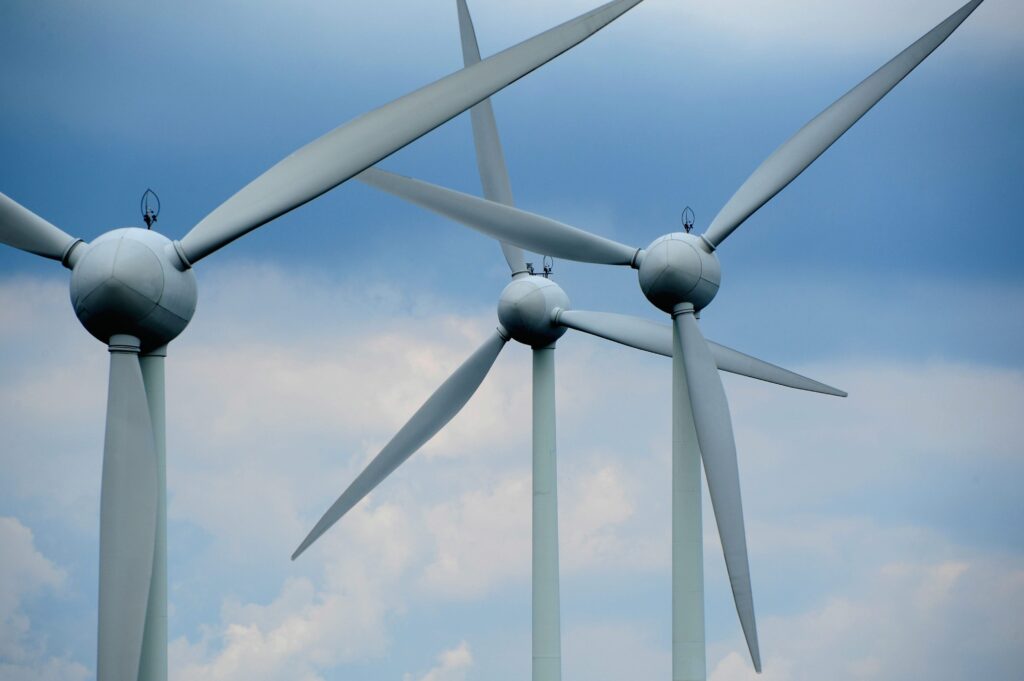